Quite a few people have been asking me where “suranyami” comes from lately, which caused me to remember that I hadn’t transferred over the Suranyami Bullet story when I moved over to Posterous.

So here it is. This was a 2-part dream with a sequel that occurred over New Year’s Eve / Day and then 6 months later. I wrote it all down as soon as I woke up, because it was unusually vivid.

The war between Iraq and the USA had reached a point of extreme ridiculousness and was now taking criticism from all of the Islamic states, and many other nations also. Hundreds of cruise missiles were poised, and then fired from US carriers. Suddenly, one by one, they all disappeared. There was an ominous and eerie silence which was followed by a brief public broadcast from an obscure, fundamentalist (yet, pacifist) Islamic sect. They said that the time had come for the use of the Suranyami Bullet, a sacred object that they had been secrretly guarding for over 10,000 years. This was why all the missiles had failed. They said that when the Suranyami Bullet was fired it could shoot every individual human on the Earth straight through their heart, and that this was no idle threat.

At the very same time, I got an urgent email from an old friend, Julie Chan, asking me if I was available to work immediately on the most significant nanotech project ever devised: “the Suranyami Bullet”. I said “yes”. When I got there (in the Middle East) I found the most amazing laboratory… sophisticated beyond your wildest dreams. It had been built in one day by the simple insertion of a small metal key into a slot in this small bronzey-coloured bullet with little red spheres studded around one end of its casing. The ensuing nanotech lab was a “setup station” for the full release of its capabilities. Yesterday’s missile deactivation had been almost a trivial exercise once it had been activated. Now came the fascinating task of working out what it could really do, how it did it, and why had it been held in safe keeping for thousands of years by a group of devout Muslim priests.

Here were programmers, mathematicians, philosophers, physicists, chemsists etc… all coming to grips with this tiny device that was more powerful than anything else in the universe so far.

My initial doodlings at disassebling its products started with requesting a pencil to be produced and then using the equipment available to analyse it. The pencil had the unusual property that if you twisted it, it grew and shrank in girth and pencil-stroke darkness. I ran a scan for any structurse that had a structural similarity to a computer language statement such as:

…etcetera and soon discovered many, many types of these structures, mostly idle, scattered throughout the entire makeup of the pencil. There seemed to be a pretty predictable one-to-one correspondence between the machine-micro-circuits and typical computer instructions, so I modified a cross-compiled hack of Fractal Painter and soon had a pencil that had the full functionality of Painter… touch this for this brush, press the ? and out unfolded an interactive instruction page, bend here to activate the image hose, etc… geeks emailed copies of the compilation code to each other with much delight.

It turned out that the knowledge of when to activate the Suranyami Bullet had been passed down as an oral tradition from teacher to student for as long as anyone could speak. The time to activate it would come as a definite feeling by those who were physically near it. This was one of the major “tricks” that it was apparently capable of… that it had some form of psychic influence, but was obviously based on sound scientific principles.

Good progress had been made towards understanding it and how to take it to the next level. Upon activating Level 2, the thing burst up, down, in and out all at once, simultaneously consuming and producing at a massive rate.

Analysis had shown that, what looked like a large section of the bullet that was dedicated to “construction plans”, was in fact nothing but a big decompression algorithm. The data that it was decompressing turned out to be only 1 bit in length. It was anticipated that the output of the compression was a set of instructions, the size of which was in the googleplex range (10^(10^100)).^^

The bullet was now expanding at an enormous rate, consuming the ground, trees, buildings, etc… and looking like a cross between video static, pin-cushioned inflatable leather, nuclear powerplant plumbing, circuitry, organic mould and you-name-it. It inflated around and through everything, and by-and-large, pushed people harmlessly away from it.

In what seemed irrelevant (at first), I was asked to attend a funeral or my Uncle Jimmy by my Sister, Mum and Nana. They were very upset and worried about the strange, evangelical, bargain-basement, charismatic church sect that Auntie Babs had proposed for the funeral. They wanted me to go and talk some sense into her, so, could I sit in with Babs at the dress rehearsal for the funeral, which required a male for half of the burial ceremony.

The funerals this church did were a bit like the Reverend Moon mass marriage ceremonies, where stadiums were filled with lots of couples. I joined Babs and sat on the sideways-backwards seats that were used. We were in a huge L-shaped church hall with hundreds of others that were also burying people.

We had to put hand puppets on at various times, while we were rocking back and forth and cutting up bits of salami and saying the Eulogies in high-pitched, sing-song, cartoon voices. All the seats were alternating pink and white chequers and they rocked back and forth like fake stage-waves. Ultimately, it all got more and more surreal, to the point where I thought that I must be hallucinating, but it turned out that it was actually part of the bullet’s influence.

It had been gradually assimilating and rearranging everyone’s personalities and consciousness in to itself and this was a combination of some moral lessons that it wanted to teach, and the fact that it fully hadn’t grasped the subtleties of our lives and communication styles yet. The transition had seemed to happen quite smoothly at first, since it had a significant knowledge of how our bodies processed sensory data, and it was a fairly simple matter for it to release nano-bots into our lungs and the bloodstream that would then travel to the various parts of the body and start feeding false information into synapses.

A group of others and myself soon found ourselves suspended in a spherical field surrounded by the bullet’s machinations as far as the eye could see, which must have been millions of miles—there was no horizon. It had already become so big, it told us, that communications between parts of itself was suffering week-long lag times just to send messages, so it had developed time-space folding techniques to hyperspace signals and structures throughout itself. The devices to do this looked like identical mirror-inverted CDs without holes in the middle… a bit like the stepping disks in Ringworld. One side of each disk was a field that caused a time-space discontinuity whereby you could put your arm through one disk and it would start protruding out of the other disk, no matter how far apart they were.

We were being accelerated to the speed of light, now, whereby henceforth we would be increasing our mass and energy towards infinity, reducing the rate of time passing to zero, and becoming identical to light. As time stopped, we became immortal and at one with God: the Suranyami Bullet. 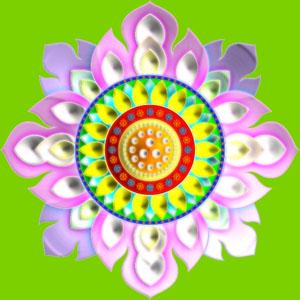 Peter Pegg, the intrepid “Dr Livingstone” explorer with the pith hat, hurriedly ushered me away saying “David, we simply must be involved in this… it is a once-in-a-lifetime opportunity”. We were in the kingdom of Suran, where the Suranyami Bullet had come from. The current God-King-Emperor had just died… his status was similar to the Zion/Ethiopian Harley Selassi/Markus Garvey “incarnation of god that walks upon the earth”. Peter had done extensive and very respectful research into the ritual of choosing the next “Suranyami” and he had, in fact, been asked by the Suranese Royal Family to assist in their holiest of rituals… the passing down from father to son of the holy godhead.

The sacred tree room which had grown from Moses’ burning bush grown over thousands of years and turned inside out: it had one secret branch that grew from the outside through the trunk, inside the special room-cavity-altar exposing the holy knot, then continued back out through the trunk to the outside world again.

It was considered auspicious that there were two total foreigners there (surprisingly!) because there had never been anyone from the outside world in the Kingdom of Suran… the coincidence was not taken as mere chance.

The three of us (the son, Peter and myself) entered the tree-room and Peter was asked to use the cylindrical saw to cut out the middle heart of the knot. When this happened, the new godhead flowed out of the tree in a sacred fire that would settle down (usually) on the head of the King’s son… but to everyone’s shock, it settled on mine. I wore the holy flame which engulfed my mind and skull.

There was nothing else to do but walk proudly out onto the branch-walkway and claim myself as the new God-King-Emperor of Suran.

Soon, we were whisked off in a convoy of pink cadillacs with 50s housewives wearing John Galleano-esque lemon-yellow, pistachio-green and pretty-pink shirts and flowing skirts, accessorised with long gloves. The celebrity cavalcade wandered along winding coastal roads to the theme of “A Summer Place” with all the ladies waving their hands like the Queen does, holding their parasols, and rejoicing “Oh, hooray! We have a new God-King!”